25 Inspirational Quotes By Women In STEM On Equality, Perseverance and Success

If you’ve been following ThrivingAmbition.com for a while, you’ll know that I love to end each post with an inspirational message. I always want my readers to be inspired and to get excited about the endless possibilities in relation to their lives and careers. In honor of International Women’s Day on March 8, 2017, I’ve decided to list 25 inspirational quotes from women in STEM (Science, Technology, Engineering and Mathematics) careers.

#1: People ask me all the time: ‘What is it like to be a woman at Google?’ I’m not a woman at Google, I’m a geek at Google and being a geek is just a great. I’m a geek, I like to code, I even like to use spreadsheets when I cook. – Marissa Mayer, CEO of Yahoo, Former Engineer at Google 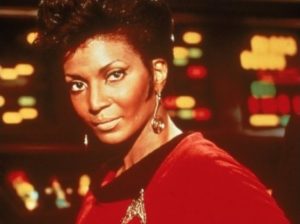 #2: Science is not a boy’s game, it’s not a girl’s game. It’s everyone’s game. It’s about where we are and where we’re going. Space travel benefits us here on Earth. And we ain’t stopped yet. There’s more exploration to come. –Nichelle Nichols, Former NASA Ambassador and Actress

#3: I used to not like being called a “woman architect.” I’m an architect, not just a woman architect. The guys used to tap me on the head and say “you’re OK for a girl”. But I see an incredible amount of need from other women for reassurance that it can be done, so I don’t mind anymore. – Zaha Hadid, Architect

#4: This job is a great scientific adventure. But it’s also a great human adventure. Mankind has made giant steps forward, however what we know is really very, very little compared to what we still have to know. – Fabiola Gianotti, Higgs Boson Physicist

#5: I have never let gender get in my way. It has taken me over 30 years to get from a garage to the huge campus that we have today. And it’s been a long journey. – Kiran Mazumdar-Shaw Founder of Drug Company Biocon

#6: If you’re beautiful, you’re led to believe that you can’t also be smart. But you can be fun and fit and social and be really smart. And the smarter you are, the more capable you’ll be to handle whatever challenges come up in life. – Danica McKellar, Mathematician, Actress and Writer

#7: When I was young I was very interested in science and technology, and my dad brought home the first computer. I played pac man and I was hooked! By learning to create technology, girls learn to speak up. – Regina Agyare, Founder of Software Company Soronko Solutions

#8: Now we’re in an age where technology is mandatory, and we wanted young girls to have this understanding and know how to build an app. – Peta Clarke, Technical Lead at Black Girls Code

#9: When I was a kid we’d rent Indiana Jones movies on VHS tapes. It inspired a whole generation of scholars because we saw the excitement, and the passion, and the drama. What’s amazing to me about archaeology is the stories are eve better that what you see in a Hollywood movie. – Dr. Sarah Parcak, Space Archaeologist 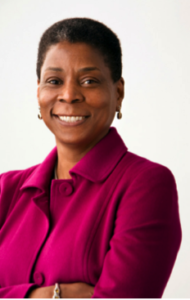 #10: Dreams do come true, but not without the help of others, a good education, a strong work ethic, and the courage to lean in. – Ursula Burn, CEO Xerox

#11: Leadership is hard to define and good leadership even harder. But, if you can get people to follow you to the ends of the earth, you are a great leader. – Indra Nooyi, CEO PepsiCo

#12: I learned to always take on things I’d never done before. Growth and comfort do not coexist. – Ginni Rometty, CEO and Chairwomen of IBM

#13: The time is long overdue to encourage more women to dream the possible dream. – Sheryl Sandberg, COO of Facebook

#14: I also say to my team; Do 10% of your job shittily. It’s okay to do something shittily. Perfectionism prevents us from taking double steps in our career. We think we have to be perfect, but we don’t. – Reshma Saujani, Founder of Girls Who Code 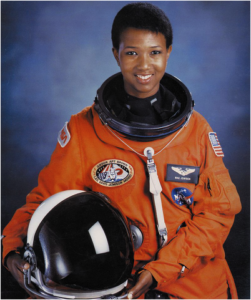 #16: Find people who believe the world will be better when your company succeeds. That’s an incentive that money can never buy. – Leah Busque, CEO and Founder of Task Rabbit

#17: We must have perseverance and above all confidence in ourselves. We mush believe that we are gifted for something and that this things must be attained. – Marie Curie, Physicist

#18: What everyone in the astronaut corps shares in common is not gender or ethnic background, but motivations, perseverance, and desire – the desire to participate in a voyage of discovery. – Dr. Ellen Ochoa, Engineer and NASA Astronaut 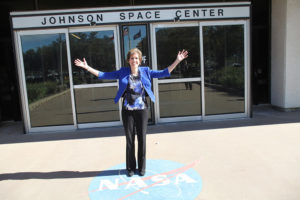 #19: When I was in high school, I was certain that being an astronaut was my goal. It was a very important time—Sally Ride was making her first flight into space and she had a really impact on me. Those ‘firsts’ kind of stick in your head and really become inspirations for you. – Karen Nyberg, Astronaut

#20: Don’t be afraid of hard work. Nothing worthwhile come easily. Don’t let others discourage you or tell you that you can’t do it. In my day I was told women didn’t go into chemistry. I saw no reason why we couldn’t. – Gertrude B. Elion, Biochemist and Pharmacologist

#21: We’re not here to say pink and princesses are bad, we just want girls to know they can build their own castles, too! – Debbie Sterling, CEO of GoldieBlox

#22: If you find something you feel passionately about, pursue it with all your heart, and don’t let anyone tell you that you’re too young or inexperienced to make it happen. – Lauren Kulokas, Engineer and Entrepreneur

#23: Minority Women in STEM, You can do it…. It’s understanding the universe & it’s being connected to the universe & making the world a better place. – Candy Torres, Engineer 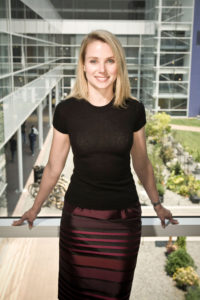 #24: I didn’t learn to be quiet when I had an opinion. The reason they knew who I was is because I told them. – Ursula Burn, CEO Xerox

#25: I love technology, and I don’t think it’s something that should divide along gender lines. – Marissa Mayer, CEO of Yahoo, Former Engineer at Google

Get tailored career advice and get the promotion you deserve. Sign up here!

Tags:quotesSTEM careerswomen in leadership
Click Here to Boost Your Income